Yahoo's editors are committed to independently selecting wonderful products at great prices for you. We may receive a share from purchases made via links on this page. Pricing and availability are subject to change.
Korin Miller and Lisa Schweitzer
11 January 2023, 11:55 am·1-min read

Smile — your solution to Hollywood teeth is just a click away! Amazon is offering huge savings on Crest Whitestrips and more right now. So if you’ve been thinking of amping up the wattage on that mug, now’s the time. The savings are impressive: The ever-popular Crest 3D White Dental Whitening Kit is down from $46 to just $30. And it's got more than 56,000 five-star reviews! Want a more advanced Crest 3D Whitestrips with Light kit? That's on sale too. So are Oral-B Complete Glide Dental Floss picks to keep your chompers clean and healthy. Scroll for the savings and you'll be well on your way to a paparazzi-worthy grin that won't cost thousands of dollars or require a time-consuming visit to the dentist's office. 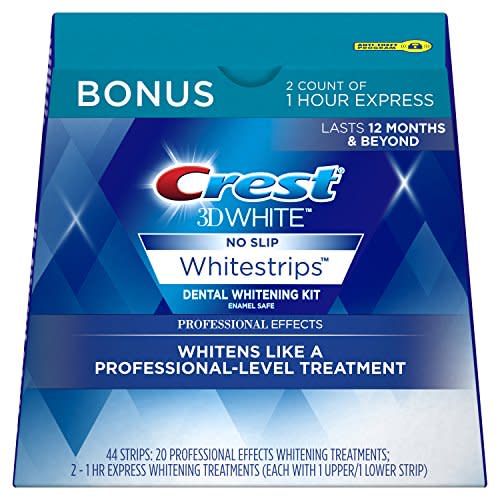 $30$46Save $16
This comprehensive 3D White Dental Whitening Kit is by far the most popular tooth whitener on Amazon. It comes with 20 Professional Effects strips and two 1 Hour Express strip treatments.
$30 at Amazon 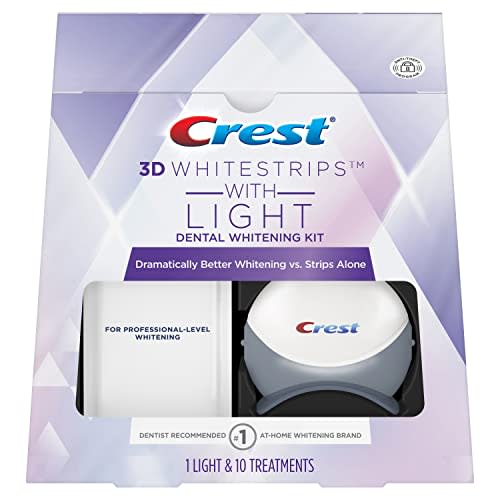 $64$70Save $6
Got stubborn stains? The Crest 3D White Whitestrips with Light, Teeth Whitening Strips Kit removes stubborn coffee, wine and other stains on your chompers by combining whitening strips with the power of light. Be sure to apply the on-page coupon for the additional discount.
$64 at Amazon 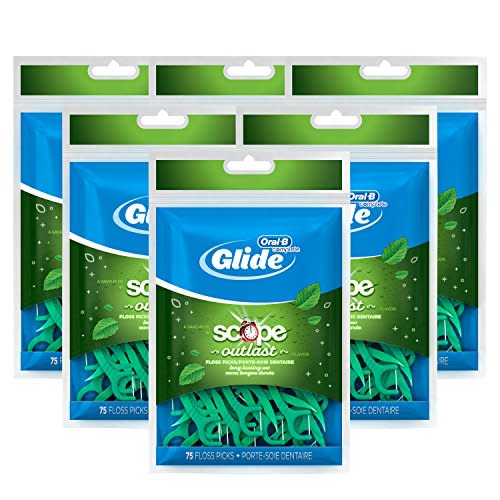 $15$30Save $15
Keep your teeth sparkly clean with Oral-B Complete Glide Dental Floss Picks. They're super easy to use and contain Scope Outlast, so you'll get a minty fresh breath pick-me-up while you floss.
$15 at Amazon